HomeArticleSummer program empowers youth to promote peace
Back to Blog By Isabelle Barany
Henry Cervantes, The Resurrection Project’s Safety Organizer, is in front of a crowded classroom, and trying to convey the difficulty of the task facing students.“Peace is not easy. It’s the hardest thing in the world. That’s why people are killing each other every day.” Cervantes and his students are on a mission to promote peace in Pilsen and the surrounding neighborhoods.
This year, TRP received 20 students through a partnership with ElevArte Community Studio as part of the One Summer Chicago initiative. The youth hail from neighborhoods like Pilsen, Little Village, Bridgeport, and Lincoln Park. All are between 16 and 20 years old. They work 20 hours per week, dividing time between non-violence training sessions and community outreach.
Students participate in lectures on intervention strategies, the components of conflict, and even the difference between the frontal vortex and limbic sections of the brain. The summer program also explores what it means to empower, especially a group that has been historically ignored. During the internship they are assigned to read articles on the U.S.’s history of immigration to learn about advocacy within a wider context.
The program also gives them an opportunity to facilitate and participate in discussions with international students on the causes of violence, the meaning of peace, and bullying. They also get hands-on experience creating posters and participating in demonstrations.
While the activities in the program might be varied, the overall structure of the program is clear: to understand how and why violence occurs, and then to think about ways to prevent it. For example, a peaceful thought leads to peaceful words, and the opposite thought causes the opposite action. In other words, according to Cervantes, “Hurt people hurt people.” He therefore emphasizes communication skills, such as listening. He encourages his students to keep an open mind and ask questions, reminding them that peace occurs “through dialogue.”
Cervantes wanted to ensure that students gained more than a theoretical understanding of peace: “Peace is not just a great idea: it’s something that’s real. It’s a practice.”
As a result, these youth have worked on two TRP initiatives: the Resurrection Basketball League (RBL) and TRP’s bi-annual voter registration campaign.
R BL is a weekly summer tournament held on different streets in Pilsen that are considered hot spots for violence. The goal is to reclaim these blocks as areas of peace, fun, and safety.
Basketball, soccer, and volleyball games all occur simultaneously among face painting, a barbecue, a bouncy castle, and medal ceremonies. The interns set up, clean up, work the microphones, serve food, and referee the games. After each event, they do a reflection and brainstorm ways to improve the event process.
Students also participate in the voter registration drive, and walk in groups through the high foot traffic areas of the neighborhood, such as the parks and the main avenues, to find un-registered constituents. Many of the interns are bilingual and register voters in Spanish. The group has already registered more than 100 new voters.
While the projects differ, both demonstrate how organizing can be a catalyst for peace. Many youth apply this lesson in the hours outside of their work schedule. More than half of the students attended the peaceful demonstration outside of Obama’s house demanding immigration reform. They carried posters they helped create. The program gives youth the hands-on skills they need by not telling them to think but by giving them opportunities to do so and giving them responsibility.
After all, one of the main lessons that Cervantes hopes his students absorb is “that they are leaders waiting to be discovered.” And if they have previously been dismissed, perhaps this history does not have to deter their vision.
Cervantes cites Doctor King as an example. “The people who are on the outskirts can be the greatest game changers.”

A Miracle on Loomis Street

The Resurrection Project Statement on DHS Announcement of New Migration… 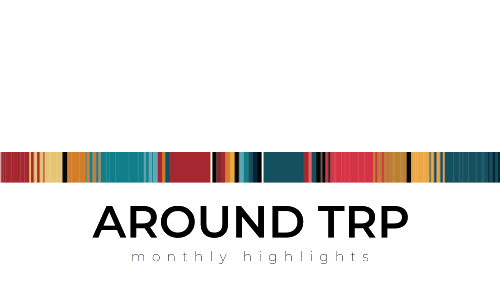 JANUARY 2023 A MESSAGE FROM THE CEO…
Learn More