HomeTRP NewsA Message of Hope from our CEO, Raul I. Raymundo

The 2016 Presidential election is over and the American voters have sent a mixed message. It appears the new President-elect did NOT win the majority vote, but did win the electoral college votes necessary to win the presidency. For some there is joy and for others there is tremendous anxiety. This is the democracy in which we live in and must respect the results.

Nevertheless, we also live in a democracy where people must hold their elected officials accountable to create an America that embraces diversity, promotes economic opportunity for everyone, and build on its legacy of immigrants.

We are deeply concerned the newly elected president plans to continue making immigrants scapegoats in the misguided rhetoric he promoted during the campaign.

In particular, we are concerned with his campaign pledge to eliminate the Deferred Action for Childhood Arrivals (DACA) or better known as the DREAMERS executive order. In my opinion, the elimination of this order is immoral, not politically smart, and makes no economic sense.

Most DREAMERS are part of mixed status families that include U.S. citizens and legal permanent residents who are in school and/or working to make this country stronger. DREAMERS are contributors to the economy not takers. As such we must actively support their current status. Their contributions to the social fabric of this country is contagious.

These young women and men are full of energy, and have tremendous optimism and commitment to the only country they know—the United States. In short, they are DREAMERS and given the opportunity they will add value to our neighborhoods and strengthen our country.

Hence, we must reject the immigration proposals espoused by the newly elected president and come together as a country to encourage civic engagement in order to create an inclusive and hopeful future for everyone.

On the day after the election the sky didn’t fall. In fact, it was a bright sunny day which reminded all of us at TRP that our mission remains the same: we are fully committed to acting on our faith and values to continue to create healthy and engaged communities for all. The 2016 Presidential election is over and the American voters have sent a mixed message. It…
Learn More 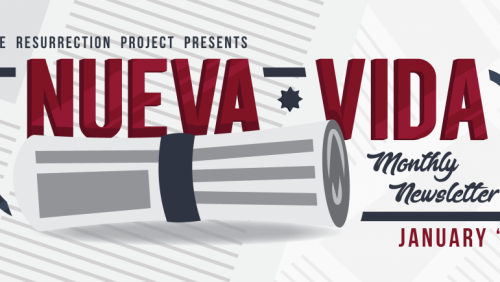 TRP Supports Senator Dick Durbin’s Opposition to the Fairness for…